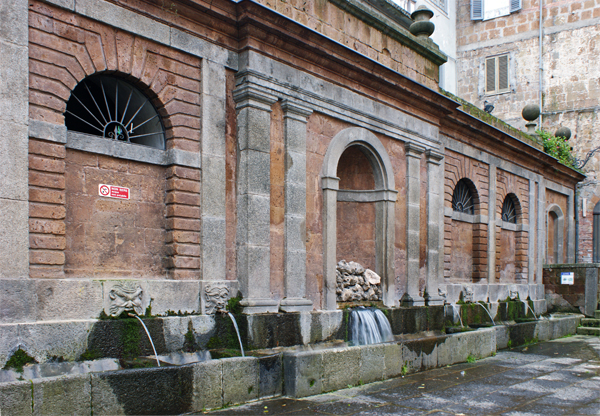 The current denomination of source of the “Mascheroni” came into use only when the source was renovated in the nineteenth century thanks to the intervention of the architect G. Meluzzi, who oversaw the project with pilasters and cornices, placing grotesque masks around the torches water. The source is the scene of the small square that opens below the level of Via XV Maggio.

The appearance of the source of the Rugarella is due to the urban reorganization of some of the areas of the city which took place in the second half of the nineteenth century in Acquapendente. The source, which is located within the city, is known as the “source of Sugarelle or Rugarella” due to its location in the street of the same name. At the end of the nineteenth century, thanks to the intervention of the architect Guglielmo Meluzzi, the source was renovated, giving it its monumental appearance.